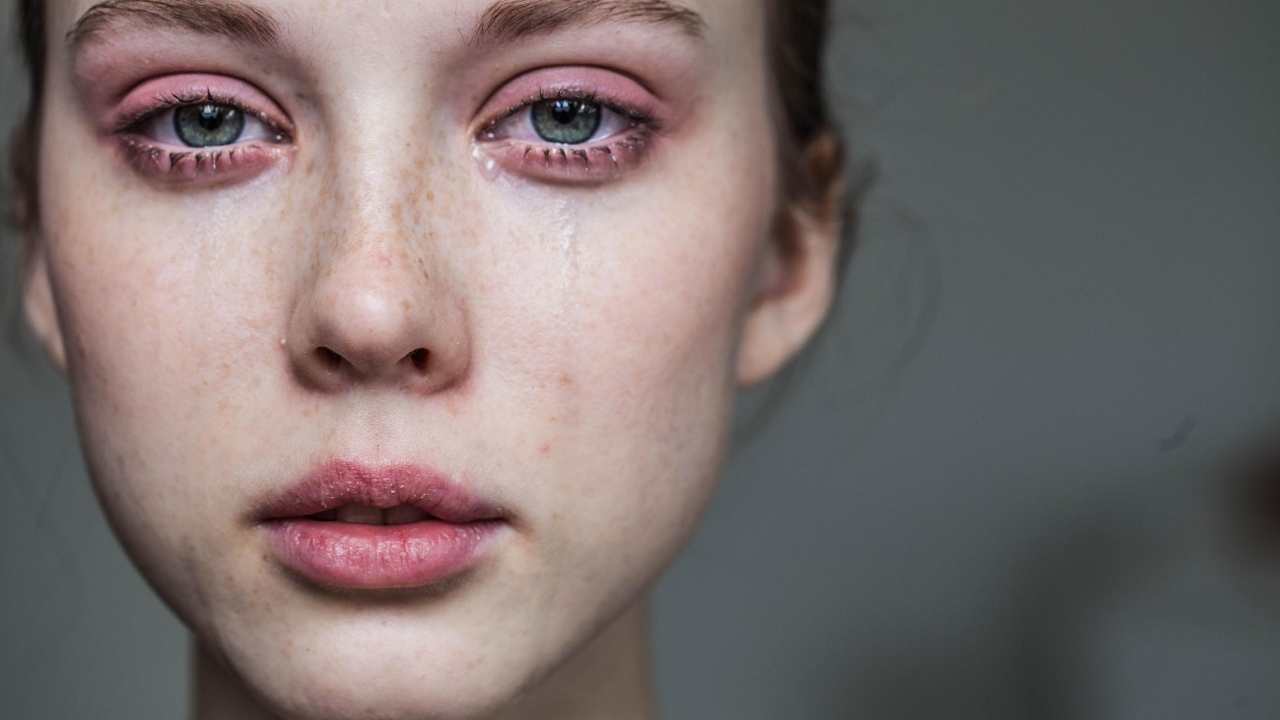 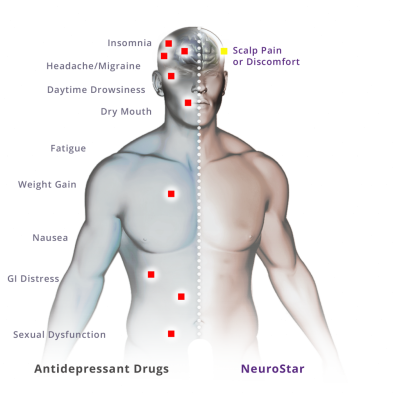 NeuroStar Advanced Therapy (TMS) is safe and easy to tolerate. Because it is not a depression drug, NeuroStar TMS Therapy does not have the same side effects that are associated with traditional antidepressant medications. More than 3 million treatments have been performed with NeuroStar, further proving its safety and tolerability record.

NeuroStar TMS Therapy Side Effects
In clinical trials, fewer than 5% of people discontinued treatment due to adverse events. The most common side effect was temporary pain or discomfort at or near the treatment site during therapy that usually resolves within the first week of treatment.

Other side effects (occurring in ≥5% of people and twice the rate of placebo) include eye pain, toothache, muscle twitch, facial pain, and pain of the skin.

There is a rare risk of seizure associated with TMS therapy that occurs in .01% of people. There is no adverse effect on cognition.

People should notify their doctor if they experience worsening depression symptoms, signs, or symptoms of suicidal behavior and/or unusual behavior. Family members and support individuals should also be aware of the need to observe their loved ones and notify their treatment provider if symptoms worsen.